It’s time for you to get into the act!

Broadway Bound is a workshop program offered by the Dutch Apple for many years now, promoting the fundamentals of Musical Theatre in a professional theatre environment. Now, we’re going to bring the same specialized instruction to YOUR students or group of 16 or more.

How does it work?

For one hour, prior to your meal and show at the Dutch Apple Dinner Theatre, your group will have a private instructional session with one of our theatre professionals on your choice of topic.

So You Think You Can Dance?

Choreography and movement on stage

Music and its role in productions

The extras that give your production style and flair!

What’s it really like to audition for a show?

Improvisational theatre games for your group

Have an idea for your group? ASK!

Where is it held?

Depending on the size of your group, we will host you either in the Dutch Apple’s Encore Room, or in a banquet room at the Heritage Hotel, located right next door to the Dutch Apple.

What’s it all cost?

$15 per person, in addition to Dutch Apple admission. Broadway Bound! is limited to one group per day, and is scheduled on a first come, first served space available basis.

Artistic Producer, Lauren Sobon, has directed, choreographed, and performed on the Dutch Apple stage for over two decades. Some of her favorite Dutch Apple shows are Sound of Music, Beauty And The Beast, Bye Bye Birdie, A Chorus Line and 42nd Street. Lauren also toured nationally with Annie Get Your Gun and Gypsy. She has been a part of our summer theatre education program for the past six years and is eager to share her knowledge of the theatre Industry with your group.

Dean Sobon has performed all over the world in West Side Story, Man of LaMancha, Guys and Dolls, Music Man, and Snoopy and he serves as the Co-Director of Warwick School District directing the fall plays and spring musicals. Dean directed Guys and Dolls, The Sound of Music and Big River here at the Dutch Apple and has also directed Fishing Buds, Bookends, Noah, The Curious Savage, Honk! and Bye, Bye Birdie. Dean is also an accomplished writer, choreographer and storyteller. 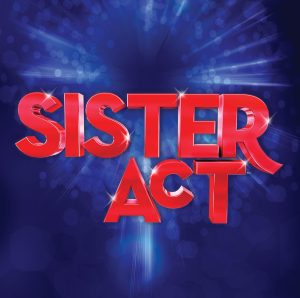